The Equinox Made Me Do It Campaign of 2015, the Equinox Ad Campaign for 2015 (Equinox uses one ad campaign for each year, that runs from January 1 to December 31), will follow the footsteps of the 2014 Equinox Ad Campaign, in stepping away from ‘conventional’ ideas of beauty and fitness, and moving the ad campaign towards the bold. This time, Equinox chose Rankin, a popular UK fashion and portrait photographer. The theme of bold and different was quite visible in this campaign. 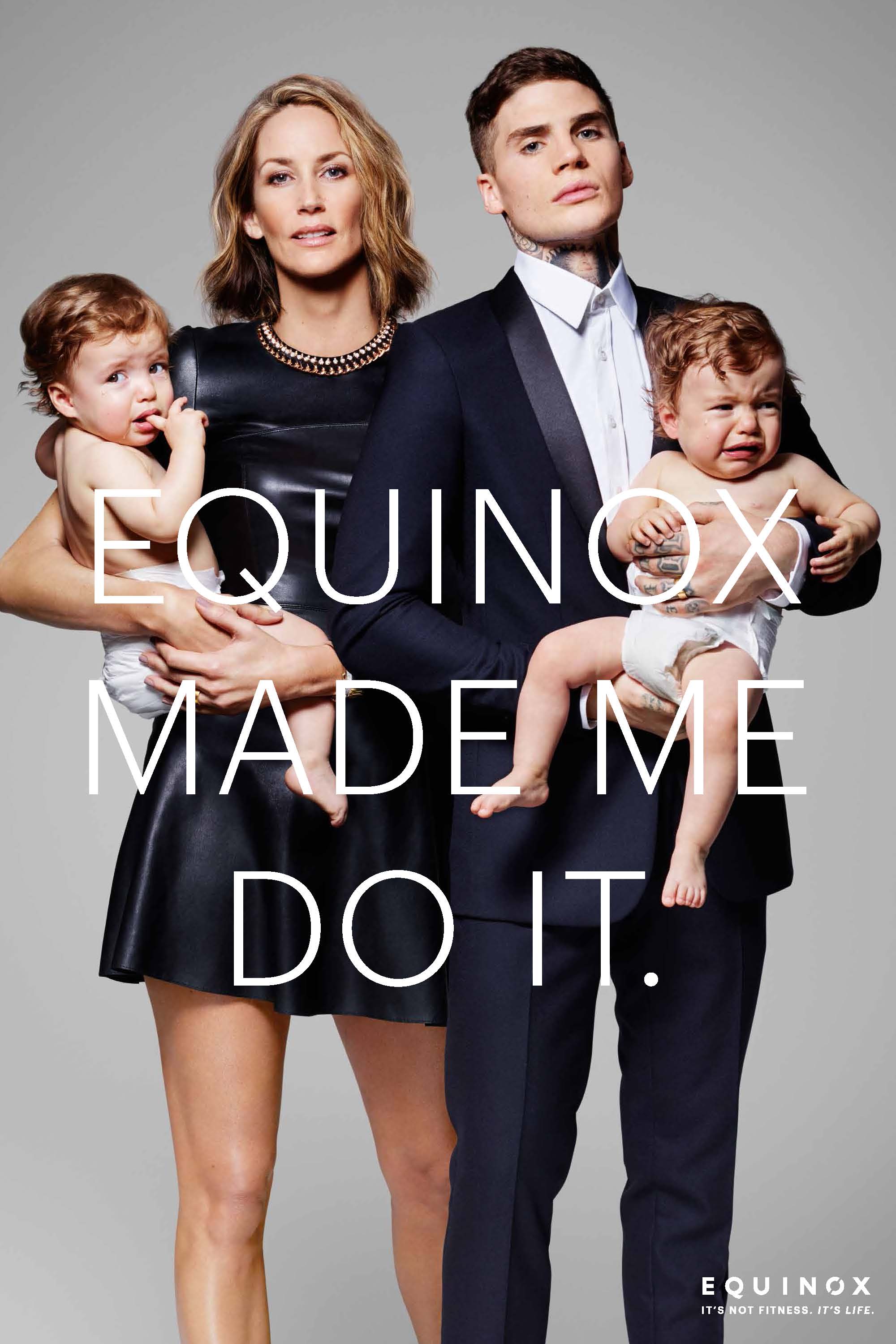 Equinox had earlier been criticized for overly glamorizing their ad campaigns, featuring skinny models instead of fit models and focusing more on glamour than fitness. Equinox previously shot with the infamous fashion photographer Terry Richardson until 2013, and then changed themes.

Equinox, with its slogan of ‘It’s not Fitness, It’s Life’ is a chain of high-end gym and fitness club headquartered in New York. It aims to appeal to the rich and well-off demographic and runs yearly ad campaigns for this purpose, which are prominently displayed in many locations in Manhattan and rest of New York City.

The photographer for Equinox Made Me Do It 2015 version was Rankin, who is a fashion photographer from the UK. He also works with other brands for advertising, such as French Connection.

Here’s a video of the Equinox Made Me Do It 2015 Equinox Ad Campaign:
https://www.youtube.com/watch?v=Nv0sWElYT2w

Here are the photos from the Equinox Made Me Do It 2015. This Equinox Ad Campaign in 2015 has everything from cross-dressing to head-shaving to parachuting to posing with pigs. 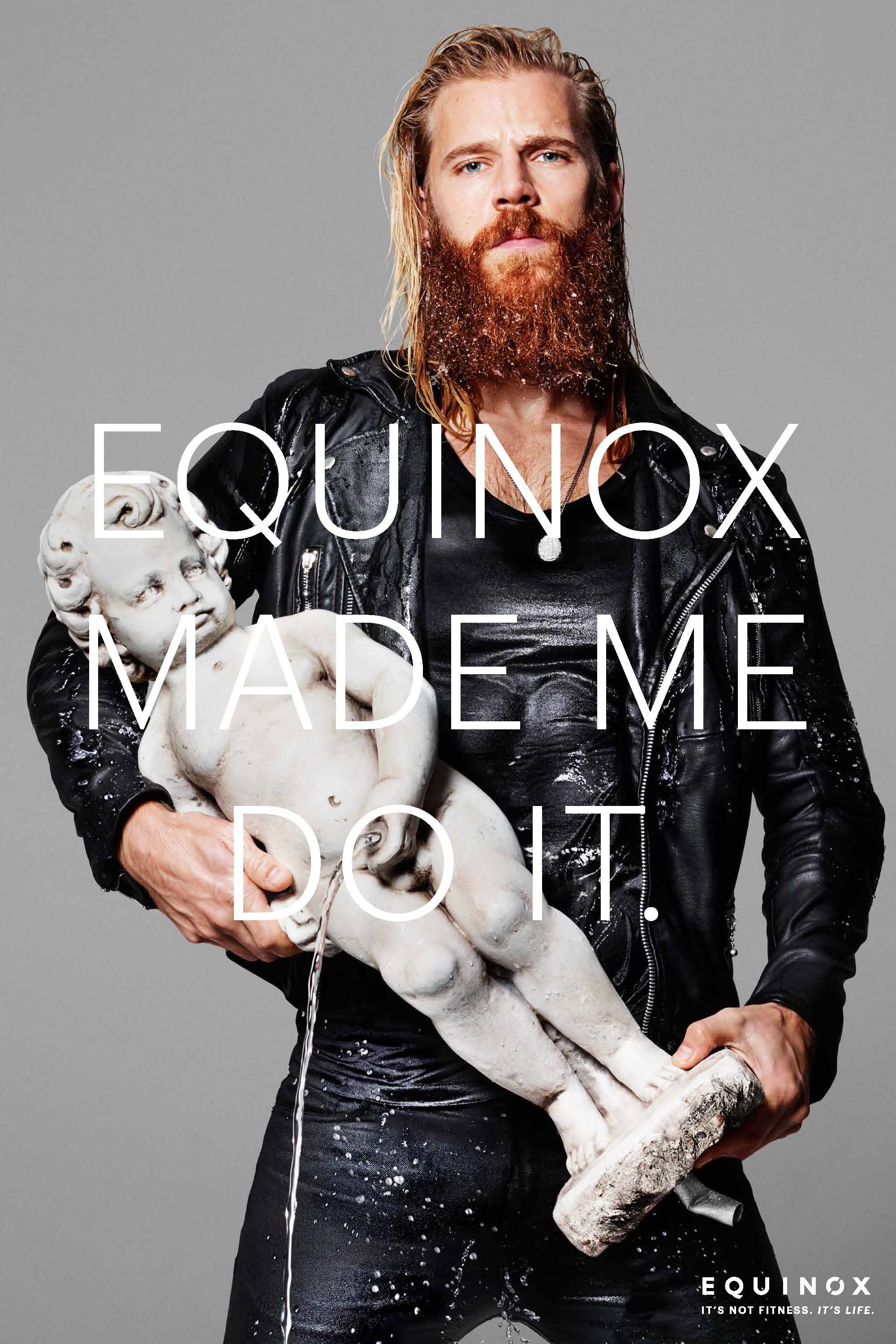 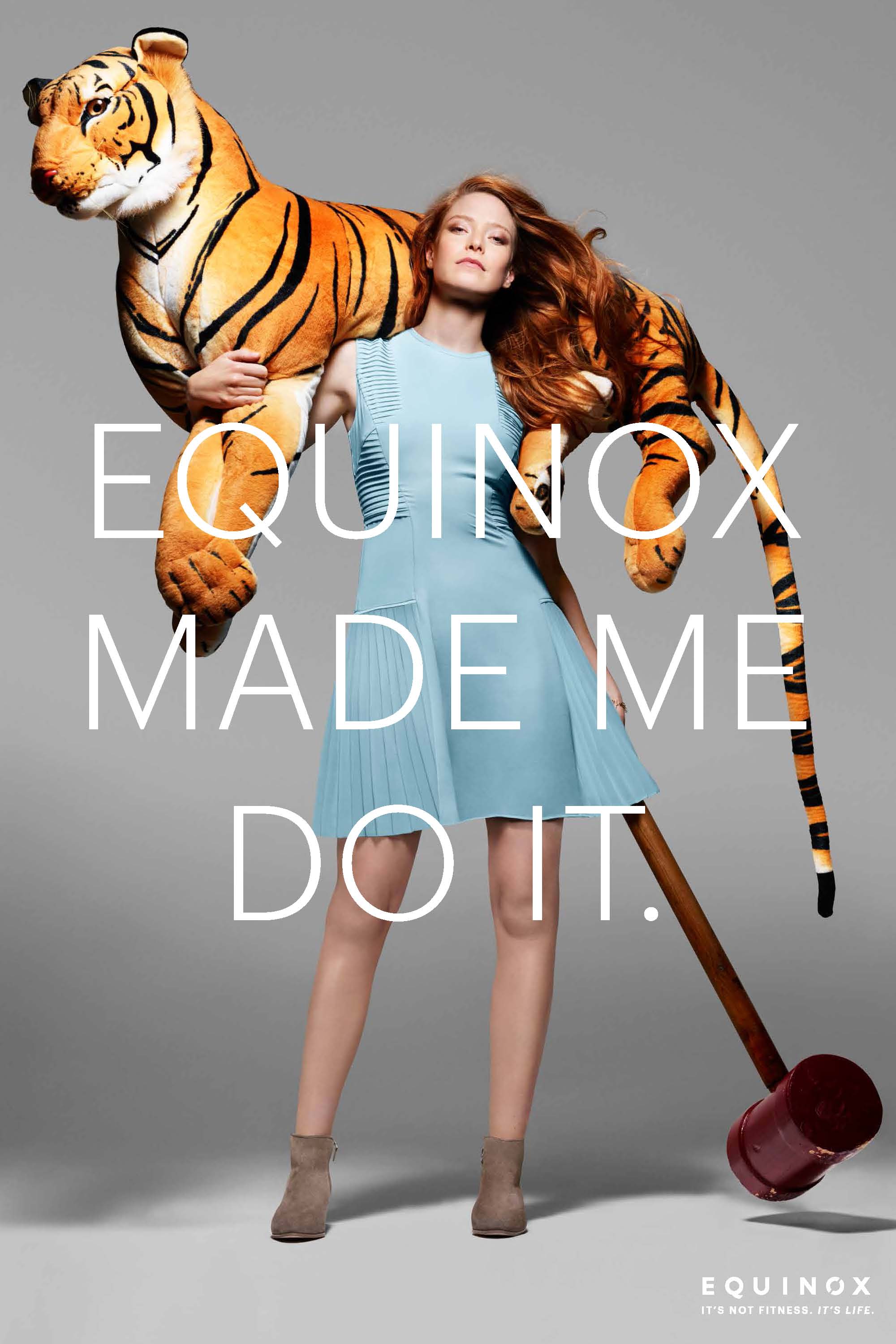 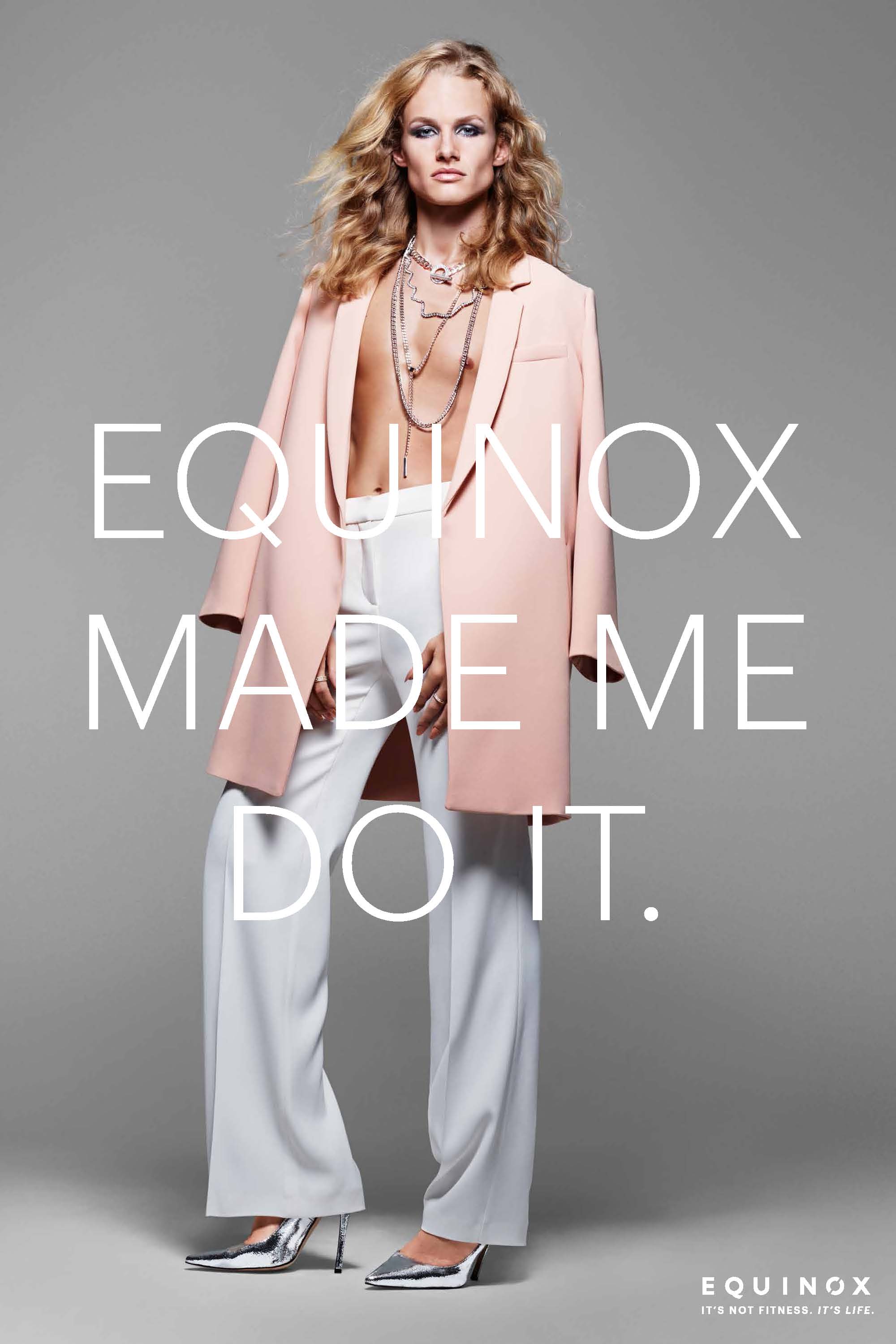 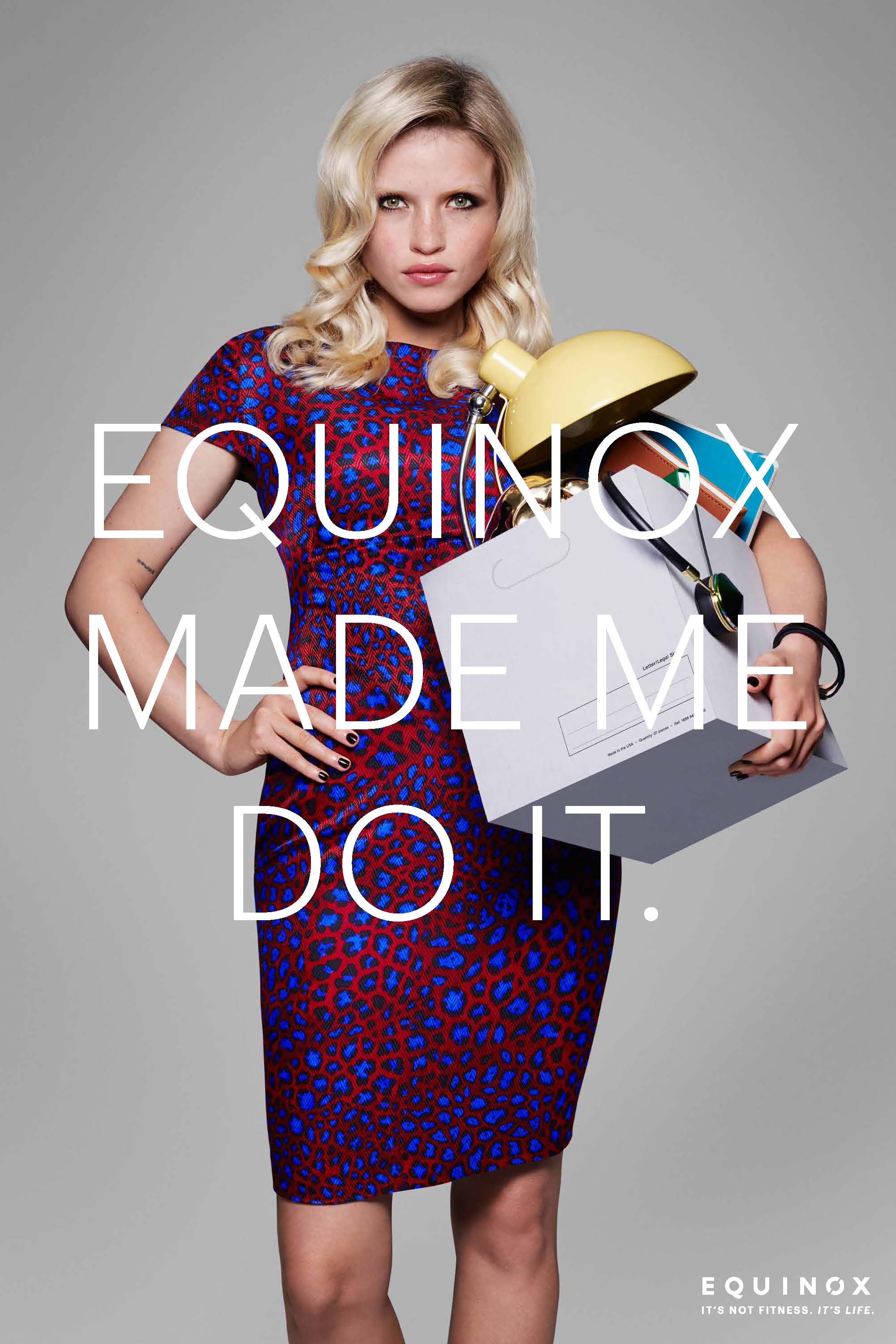 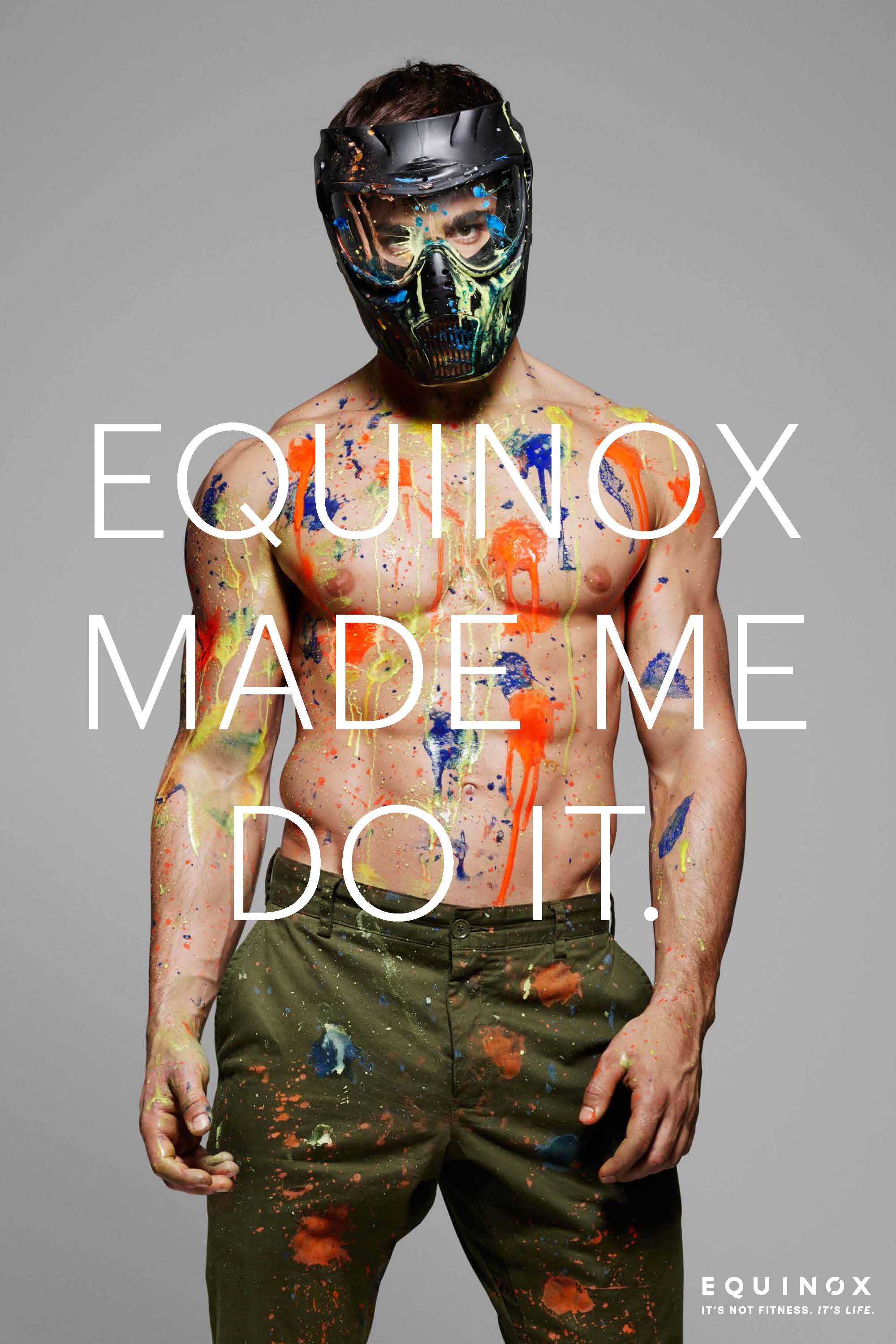 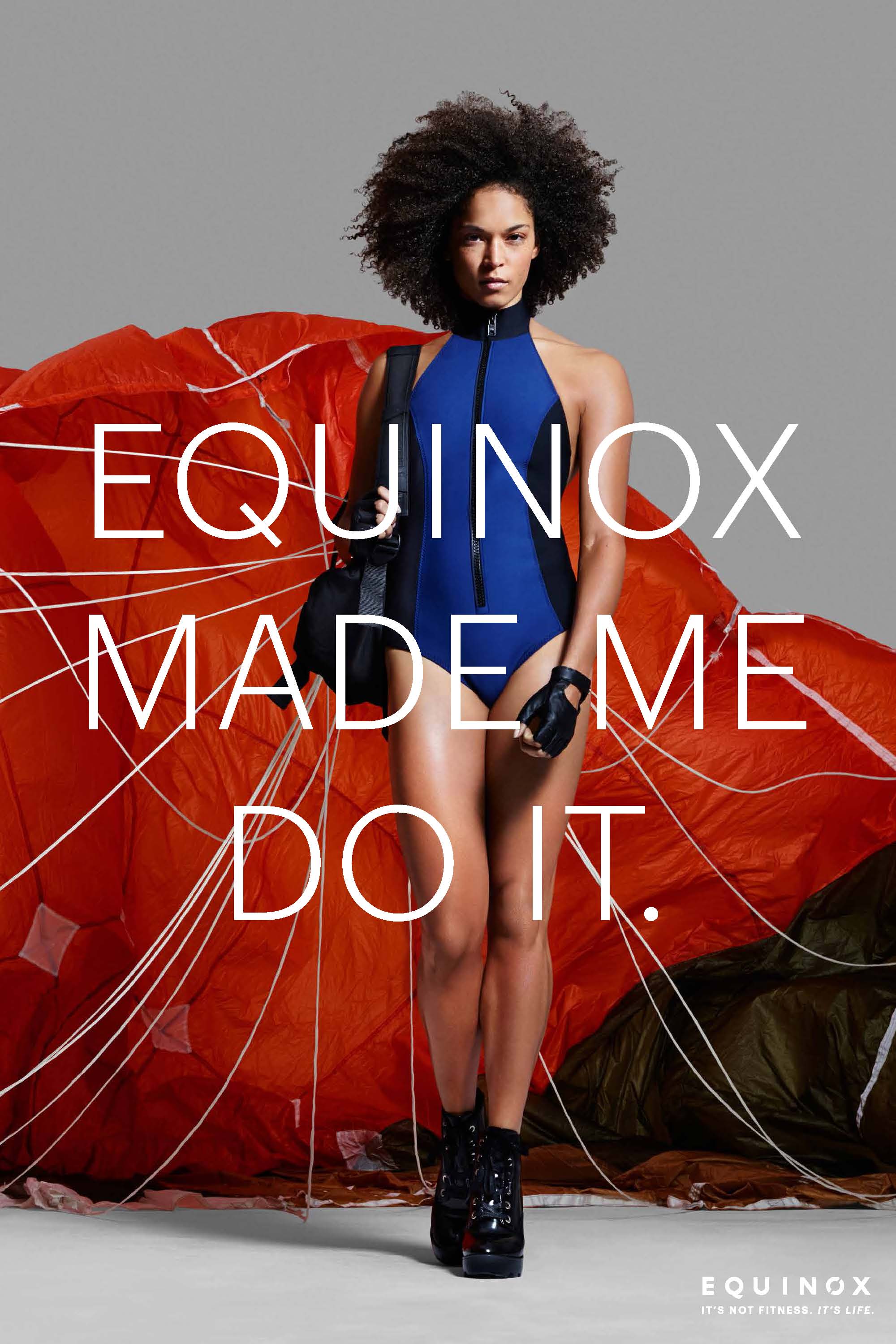 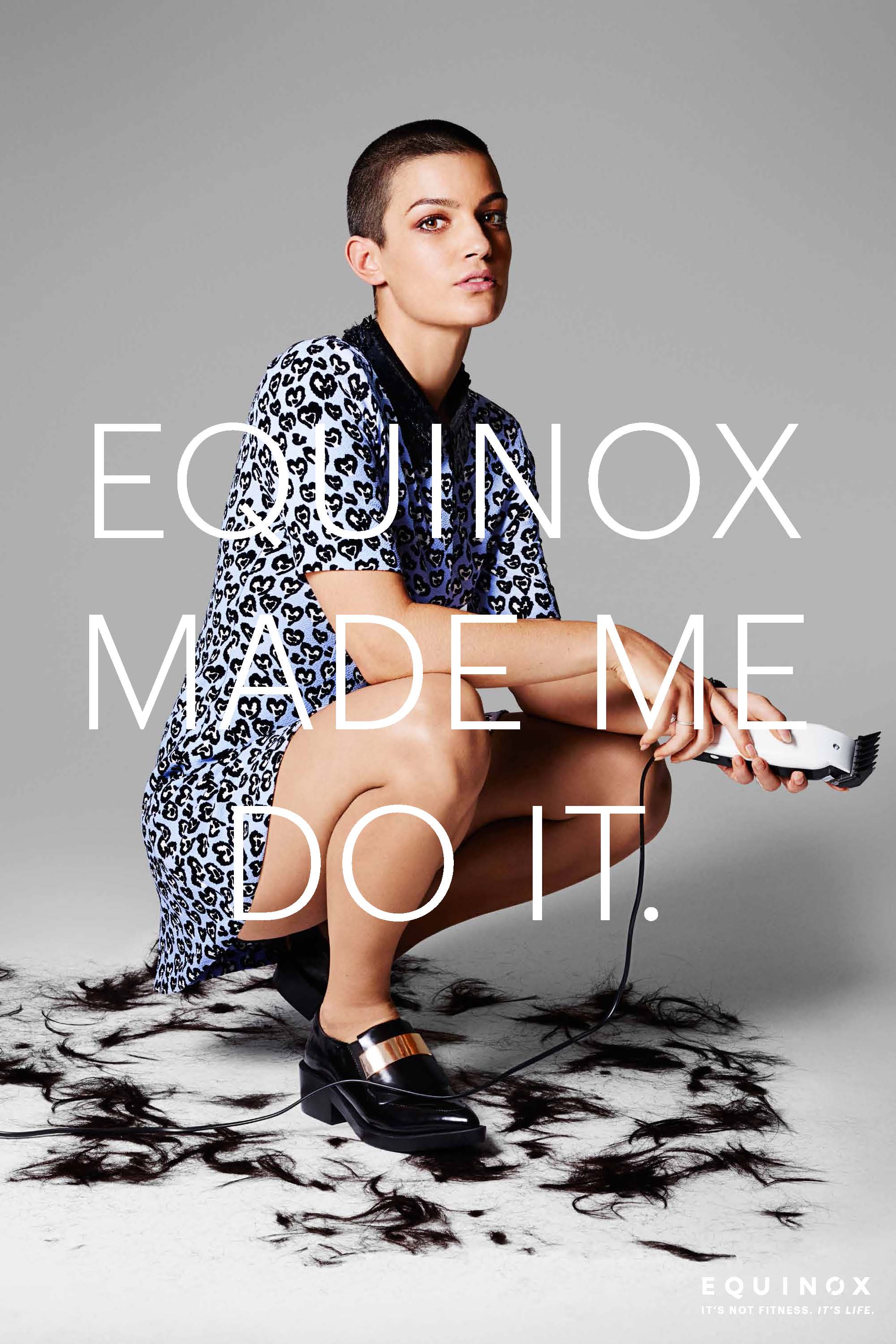 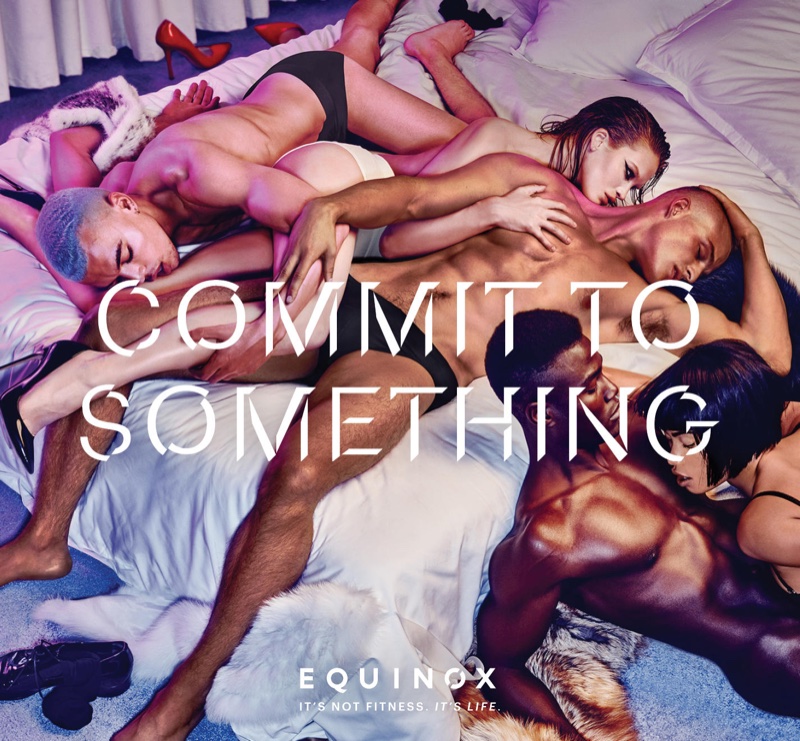 Equinox Ad Campaign 2016: Commit To Something With W+K