“We looked to our members as the core inspiration for this campaign,” said Carlos Becil, Senior Vice President of Marketing, Equinox. “Grounded in the idea of high performance living, we aim to provide our members with a holistic approach to health, and push them to seek higher goals, disrupt preconceived notions and break boundaries. This campaign embodies that disruptive spirit and speaks to our core audience.”

“For this campaign we wanted a photographic approach that had a strong sense of narrative and realism,” said Stuart Jennings, Creative Director, Wieden+Kennedy New York. “We chose Robert Wyatt as the photographer because he’s a storyteller who injects a fashion sensibility into all his work. His ability to capture real, candid moments rather than overly posed situations made him a perfect fit for this campaign.”

However, don’t get your hopes too high on this latest campaign by Equinox. It isn’t terrible but there’s nothing terribly exciting about it either. There are 6 pictures, with “Equinox made me do it” theme.

Here, be the judge:
(click on the pictures to get full size image) 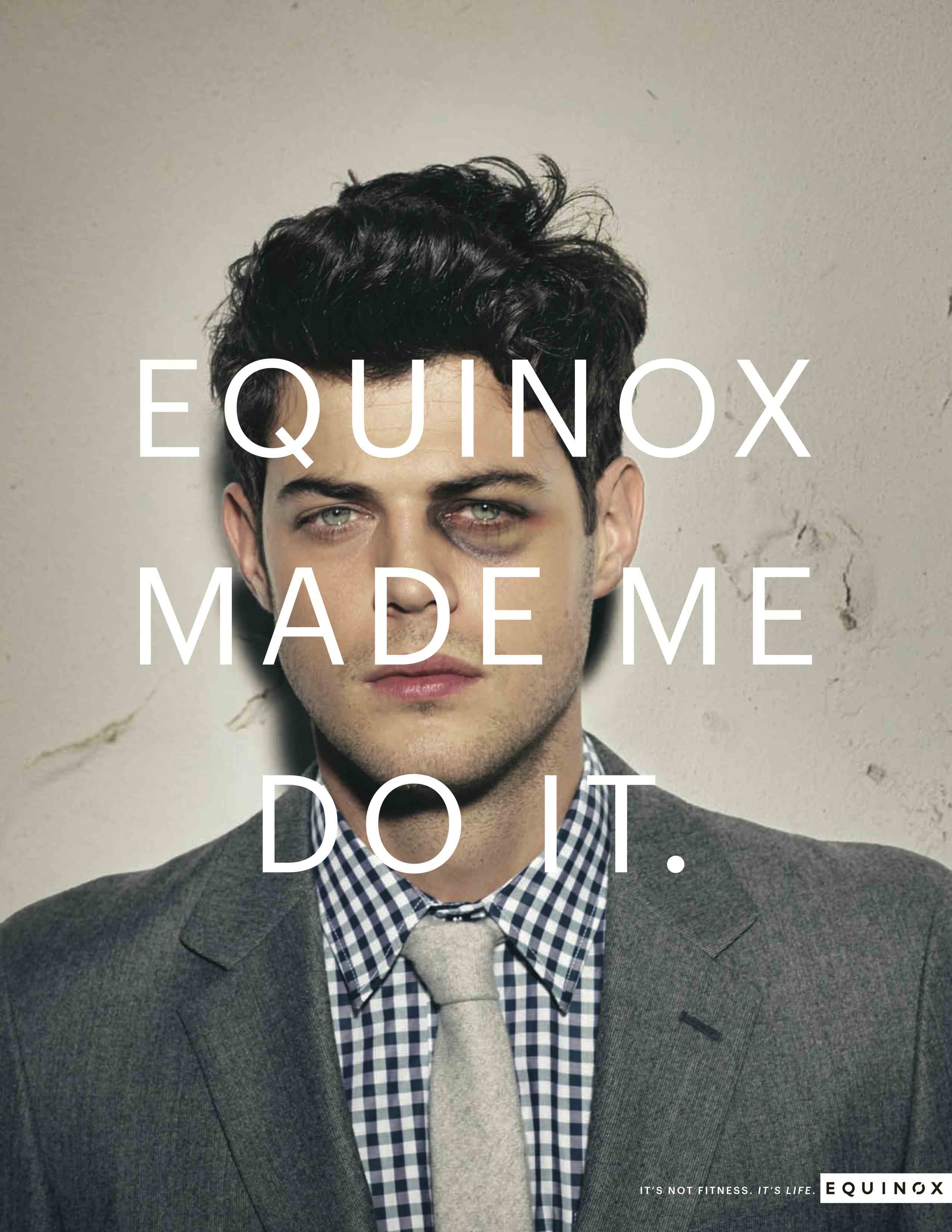 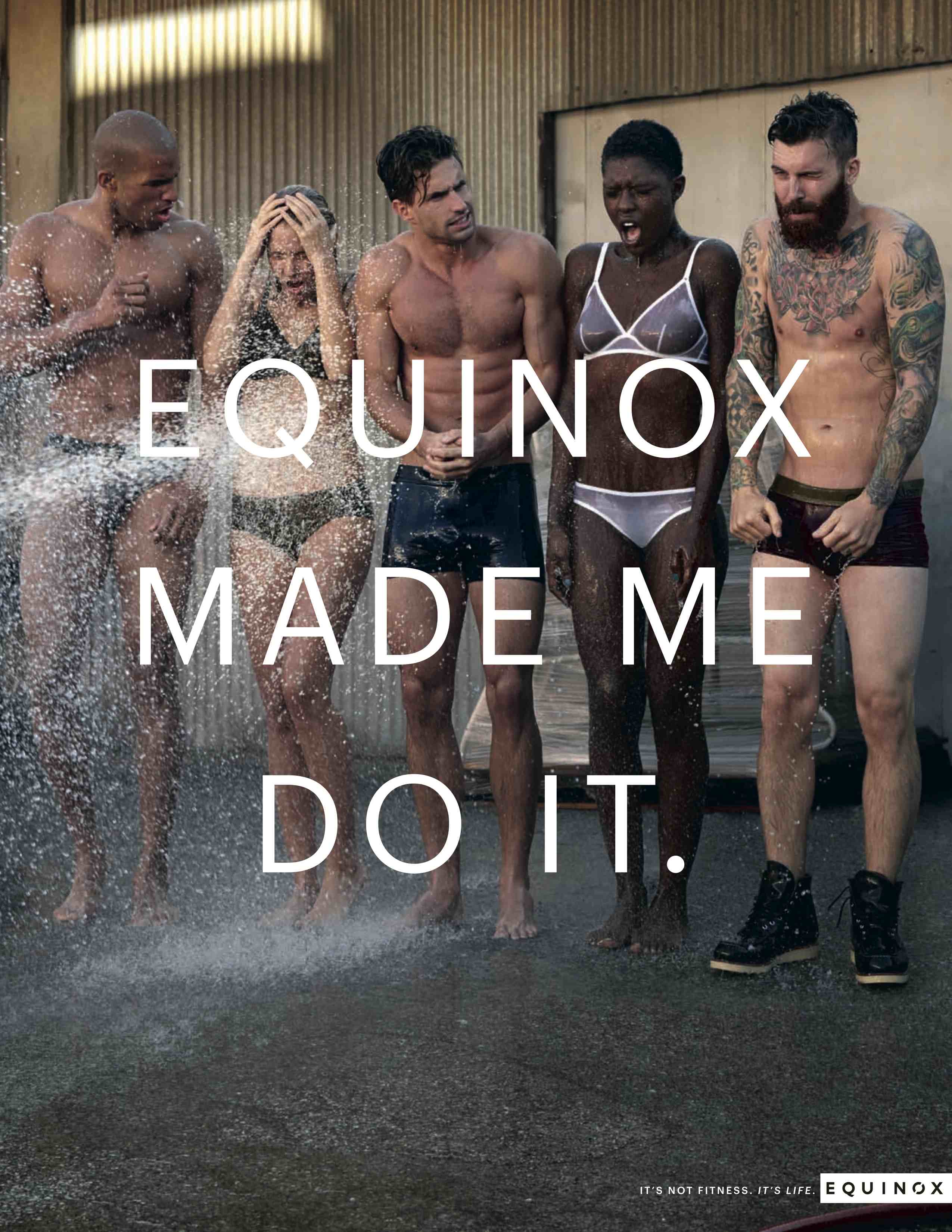 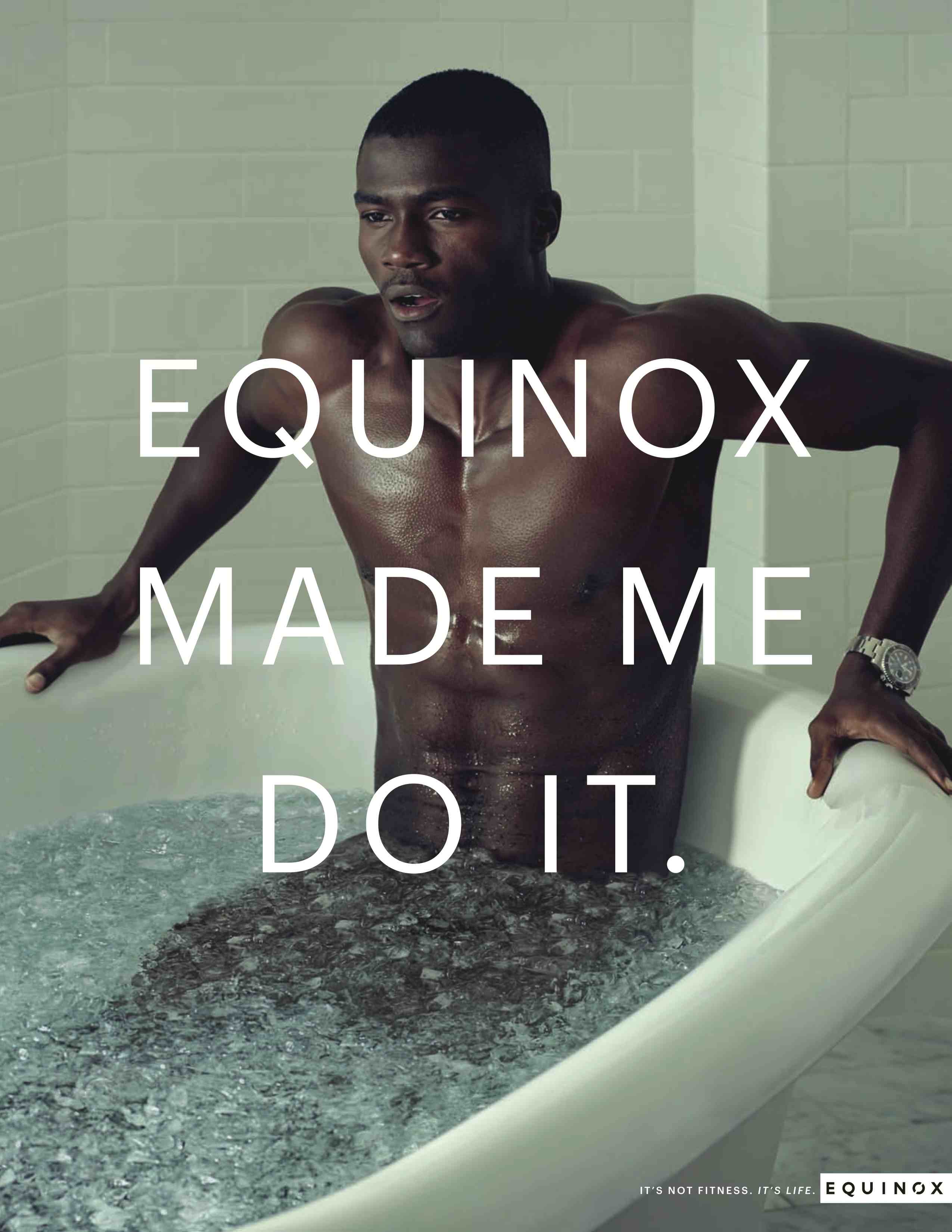 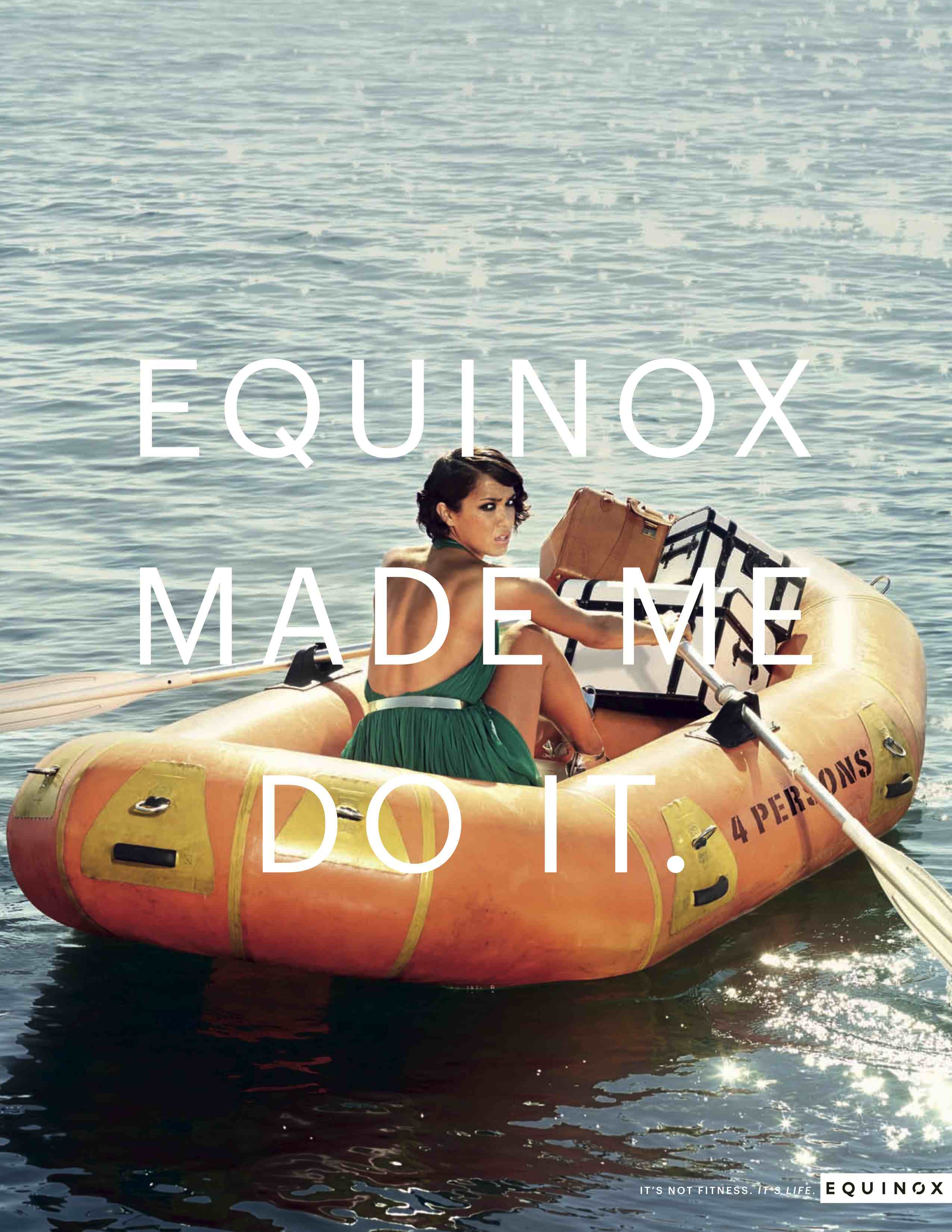 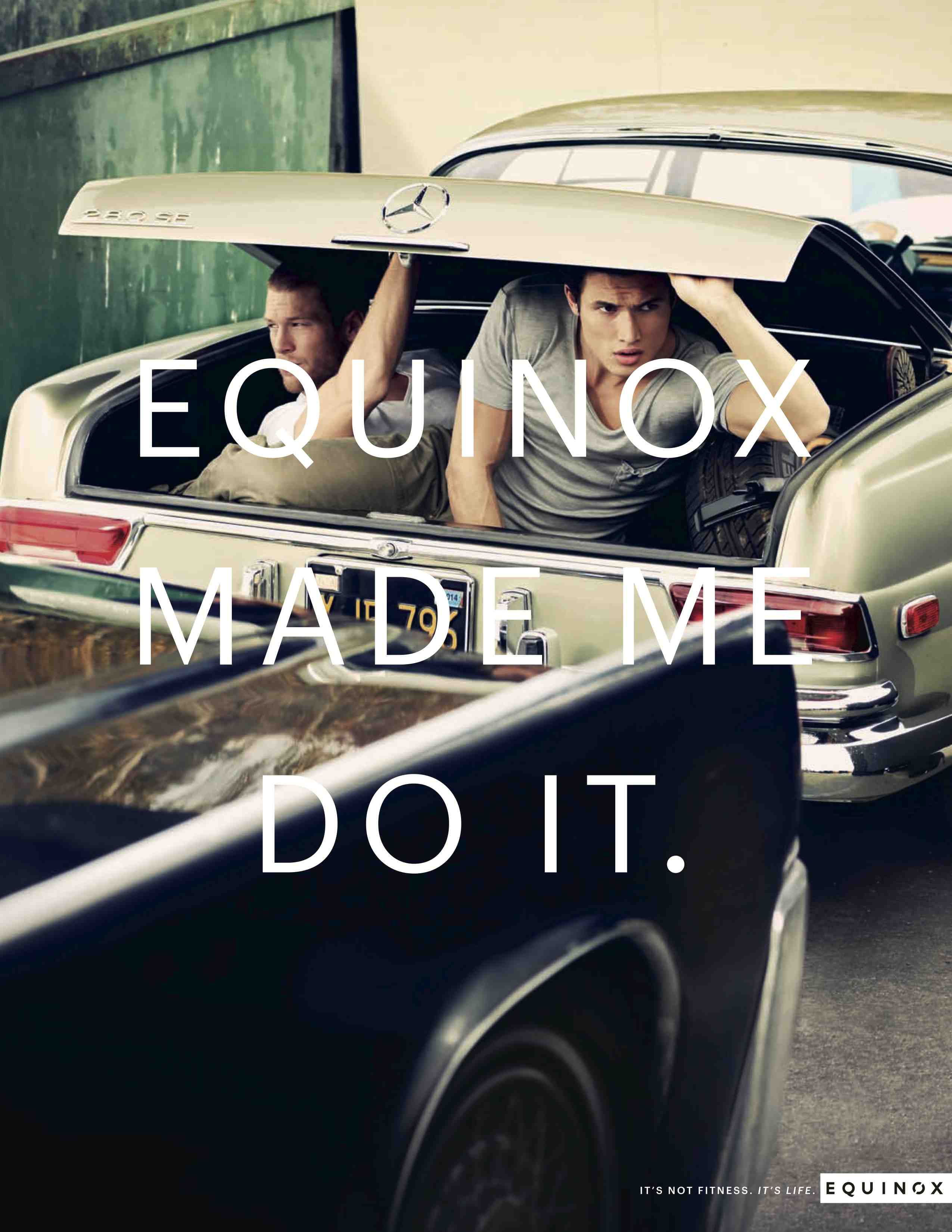 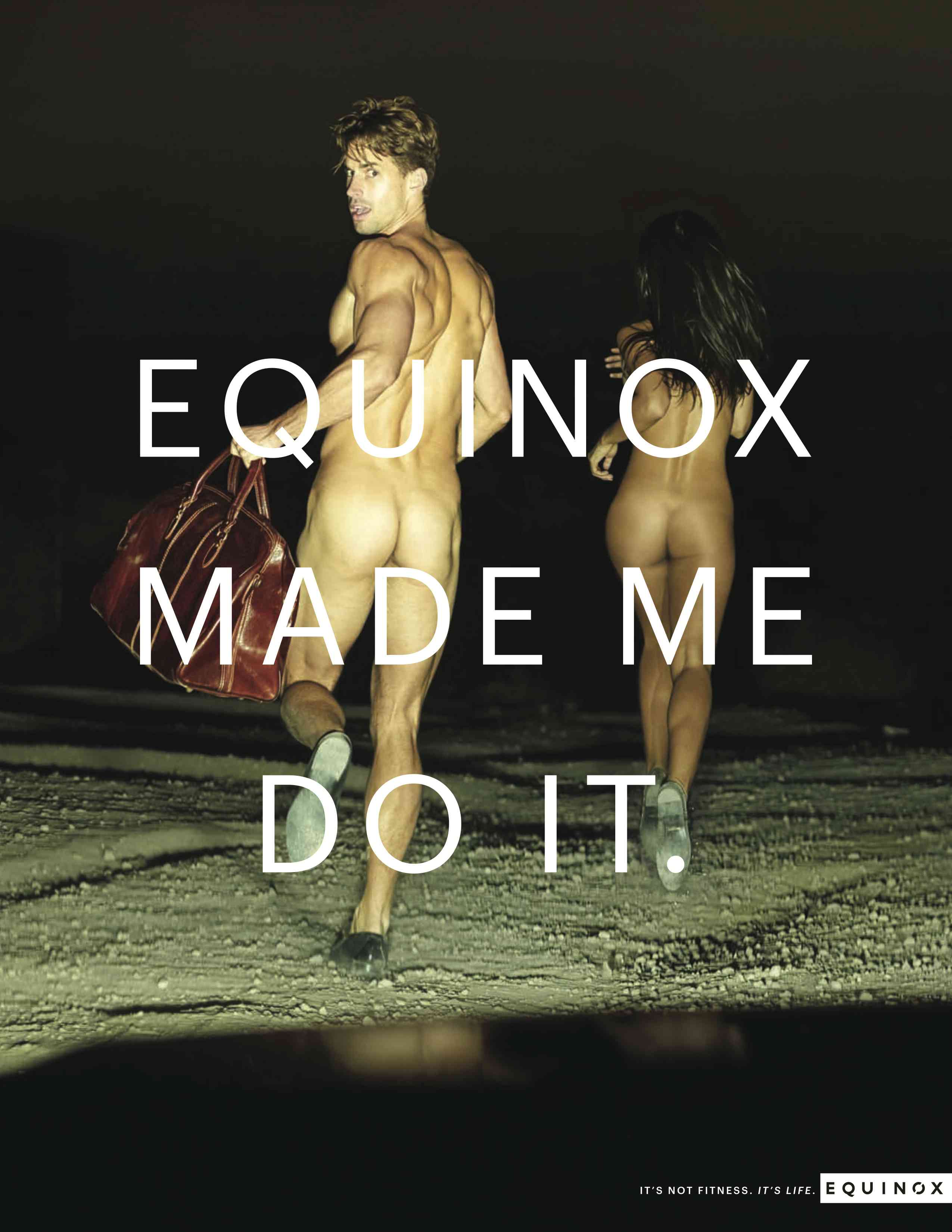 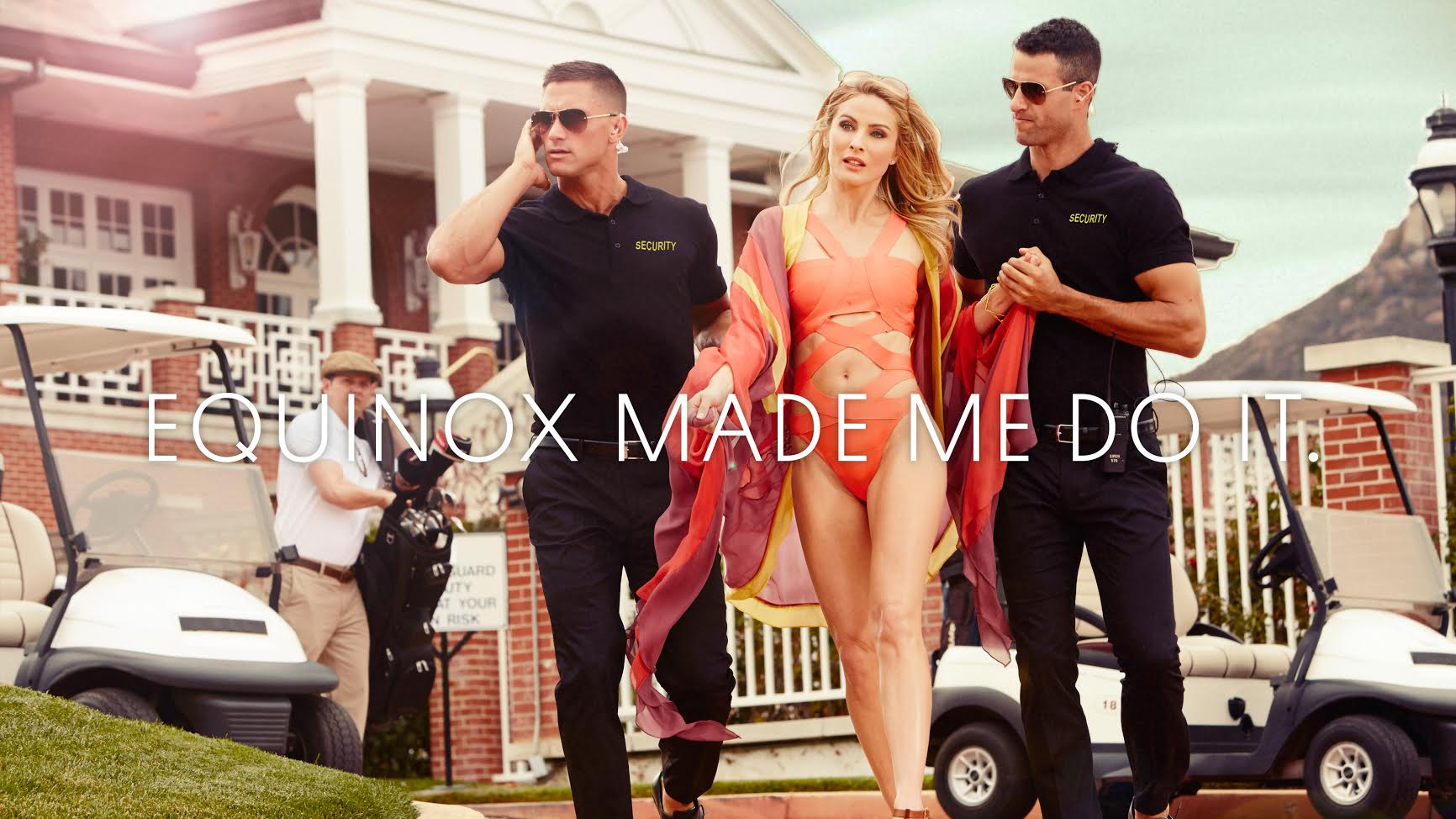 Equinox Ad Campaign of 2012 was done by fashion photographer Terry Richardson. The campaign created some controversy as people thought the models were too skinny instead of being fit. This was changed in the Equinox ad campaign in 2013, again by Terry Richardson.

Equinox is a luxury fitness company headquartered in New York that has always tried to maintain an upscale image. It caters to the higher end of the gym consumer market and provides many additional facilities to members in addition to regular gym. Equinox does annual ad campaigns to emphasize its brand and from 2011-2013, chose Terry Richardson, the famous (infamous?) fashion photographer to head the campaign.

Bonus: Here’s the ad campaign video for these images.

I would love to hear your thoughts. Do you think the models are too skinny? Too much flesh? Cheesy? Raunchy?

(Click on the images to enlarge)
Brainpower. By Equinox. 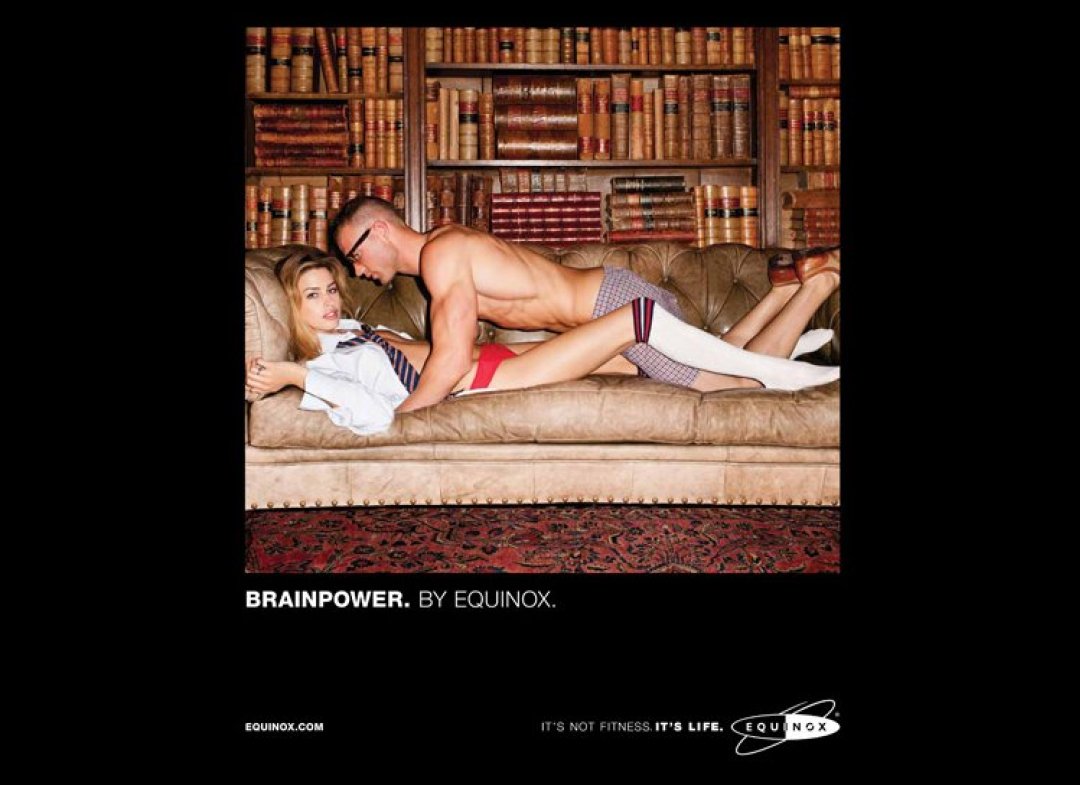 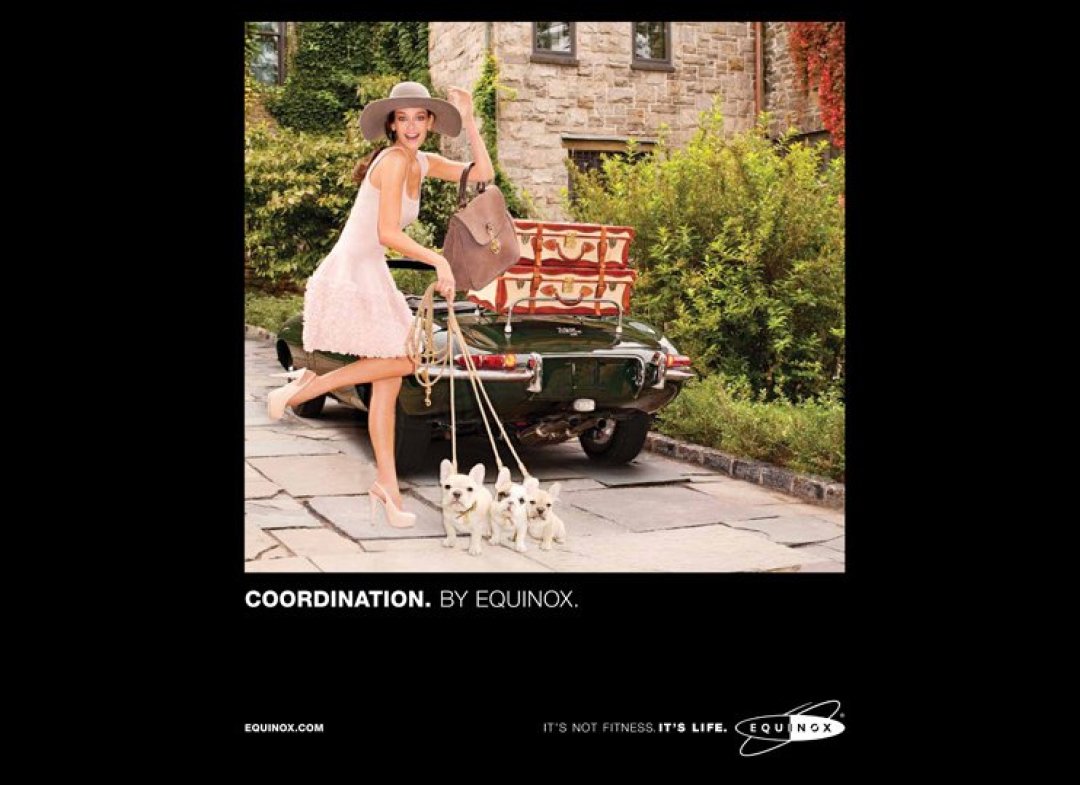 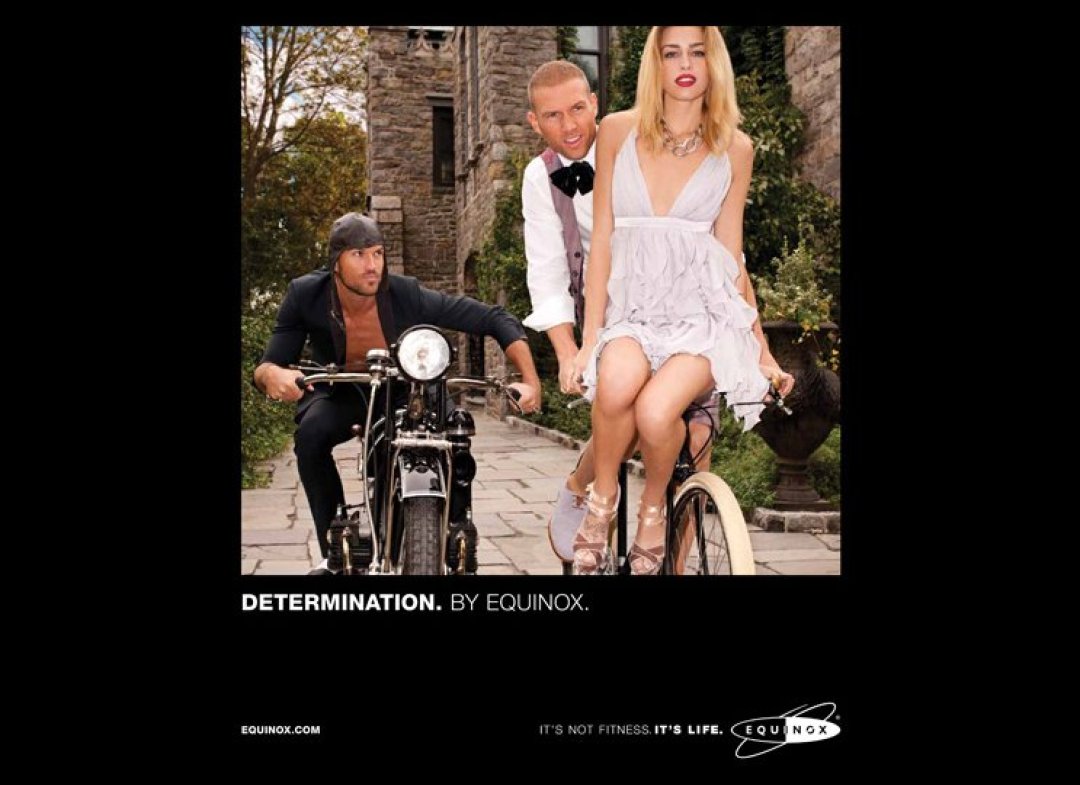 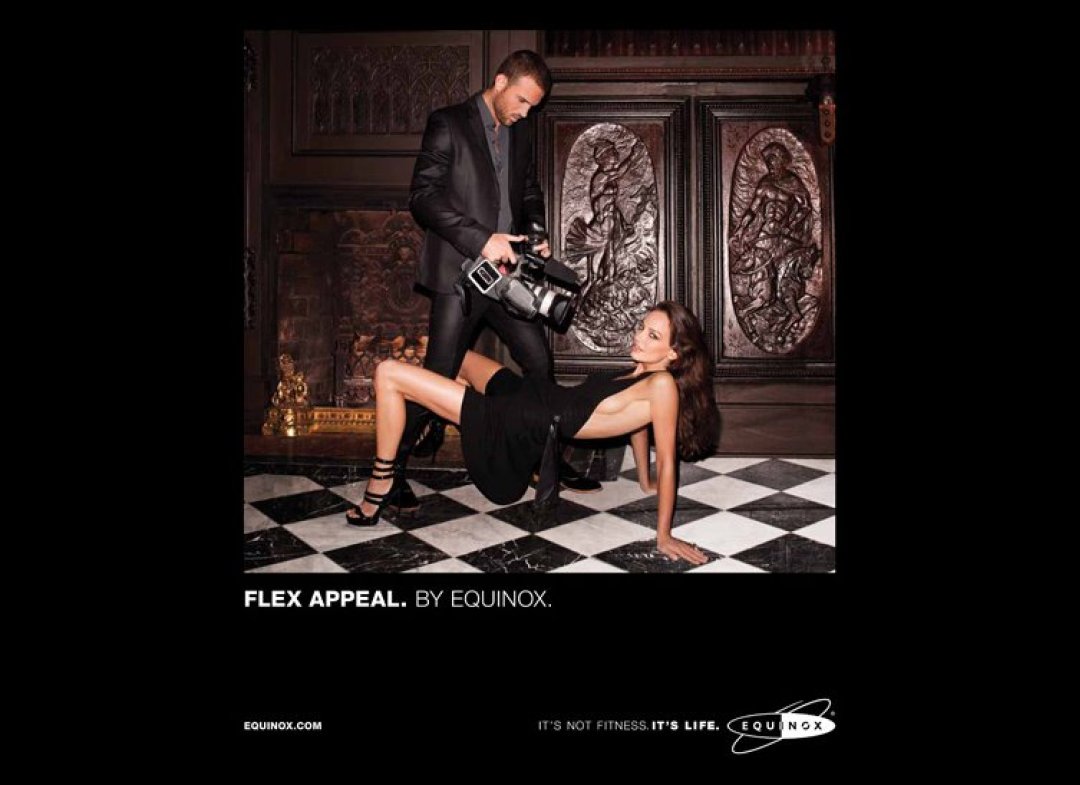 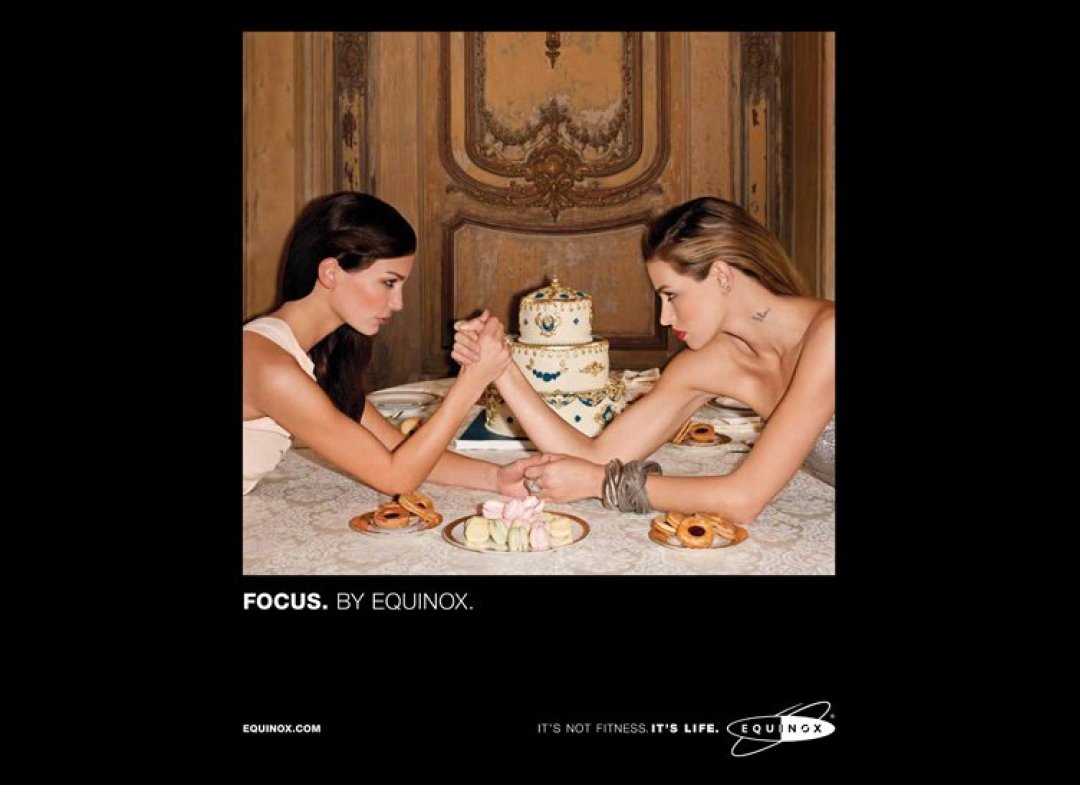 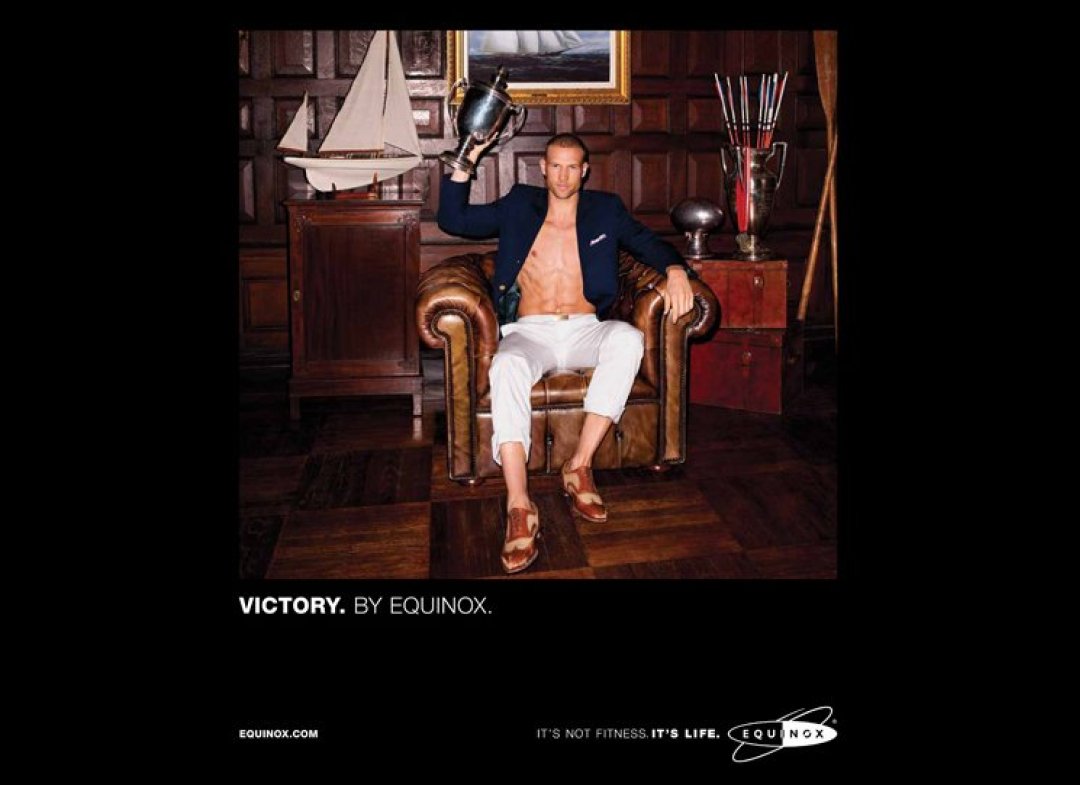